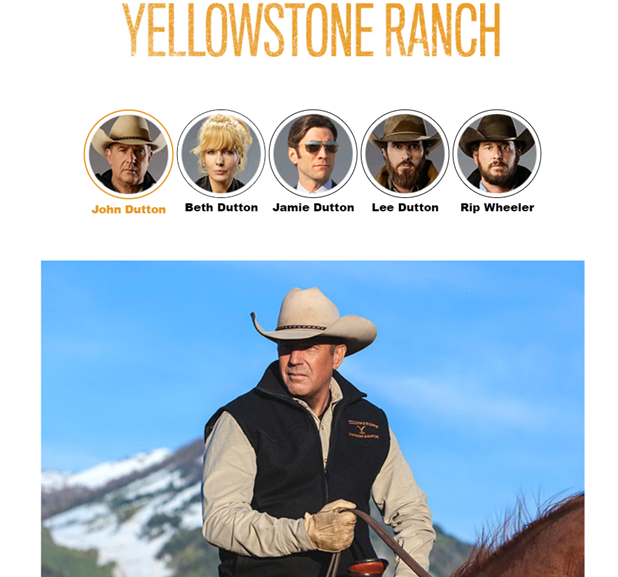 There’s no doubt that actor turned screenwriter and director, Taylor Sheridan has become one of the most exciting new voices in American cinema in the past 2-3 years, albeit in a very specific niche that he seems to have carved out for himself.

For about 20 years, Sheridan had been a journeyman actor appearing in small parts on American TV shows, punctuated by recurring roles in Veronica Mars (2005-07) and Sons of Anarchy (2008-10). Then suddenly, in his 40s, he decided to find a different form of creative expression and switched to writing.

He wrote the screenplay for the Mexican drug-cartel thriller Sicario, a big hit at Cannes and a sleeper hit at the box office in the Fall of 2015 for acclaimed director Denis Villeneuve. The following year, his brothers-on-the-run story Hell or High Water was directed by David Mackenzie and garnered four Oscar nominations including Best Original Screenplay for Sheridan. One year later, he directed his own script for the murder-investigation thriller Wind River, effectively his directorial debut (although officially he is credited as director for a student film he helped a friend make in 2011). And now in 2018, his screenplay for the sequel to Sicario, called Day of the Soldado, has just hit the big screen filmed by Italian director Stefano Sollima.

All four films are set in contemporary times but have the sparse and lonely feel of the early frontier Western films of John Ford. Wind River also deals with an aspect of American history that most people don’t want to dwell on, the emasculation and slow neglect of Native Americans. In January last year, I wrote about how the traditional Western genre has seen a bit of resurgence in recent years and I included Hell or High Water in that post as an example of a modern Western. It’s clear now that Mr. Sheridan has started to stake out a sub-genre that can be called the modern or neo-Western as his personal playground. His latest project, a TV series called Yellowstone that has just launched on the small Paramount network, further strengthens his credentials in this field.

Think of Yellowstone as a modern-day Dallas, the story of the super-wealthy but dysfunctional Ewing family that created so many ‘water-cooler moments’ in the late 70’s and early 80’s with its weekly servings of feuding, family politics and back-stabbing. Sheridan has taken a similar premise and placed it in a sprawling ranch in Montana, run with an iron hand by family patriarch John Dutton. The character is played appropriately by Kevin Costner, who has made his own name in the past as a ‘Western revivalist’ filmmaker and now makes his first proper foray into TV. As the world changes around him, John Dutton ruthlessly fights to maintain the status quo, to protect his power and everything that he has built up over the decades on his Yellowstone ranch. As the largest landowner in Montana, he is in constant conflict with Native American activists who live on the adjacent reservation, ambitious land developers who want a piece of his land and politicians who just want whatever works for them.

Dutton has four grown-up children; Lee (Dave Annable) is the simple-living oldest son, who has chosen to work on the ranch with his father; Beth (British actress Kelly Reilly) is a cut-throat, ambitious (and slightly psychotic) banker, who is as ruthless as her father; Jamie (Wes Bentley) is a corporate lawyer who steps in whenever the ranch requires his legal skills to fight off external threats; Kayce (Luke Grimes) is the youngest sibling, an ex-Navy SEAL who has married a Native American girl and moved with her into the reservation, thereby putting himself in potential conflict with his father. Also, in the mix is Rip Wheeler (Cole Hauser), the loyal ranch foreman who does all the dirty work for John Dutton. For those familiar with Dallas, it’s easy to pigeonhole the Dutton family into the standard personality types.

On the Native American Brocken Rock Reservation, there are a couple of familiar faces who acted in Sheridan’s Wind River – Kelsey Asbille plays Monica, who is married to Kayce Dutton, and Gil Birmingham plays the Chief of the reservation, Thomas Rainwater, a man who wants to establish his own power equation in this region.

When compared with Sheridan’s big screen work, which has featured interesting characters and unusual situations, Yellowstone does not live up to the same standards. From what I’ve seen in the first two episodes, it comes across as a standard big budget soap opera with stereotypical characters and a predictable over-arching plot. While I can watch Wind River and Sicario again and again (and I have), Yellowstone will fall, I think, into the ‘watch-enjoy-and-forget’ category of TV shows. Nevertheless, with charismatic and heavyweight actors on board, I know I will be hooked on to this show for mindless entertainment, while I will continue to turn to Sheridan’s big screen work for the really stimulating stuff.