For the past few weeks, I’ve been catching up with some of my favourite albums from the 80s. This was a time when I was listening exclusively to pop (specifically songs that featured on the UK Top 20 and later, the US Billboard Top 10), before I was introduced to classic rock and heavy metal. As I listened to these albums, feelings and memories came flooding back, as well as a deeper appreciation of why I liked the songs in these albums. So I decided to list out my top albums from this period, the ones where I liked a significant % of the songs, not just the hit singles. In time, other beloved albums that I hadn’t listened to in some time came bubbling up to the surface of my memory and I finally ended up with about 15 albums, listed in chronological order, which I’ll break it up into 5 separate blog posts. Here’s part 1:- 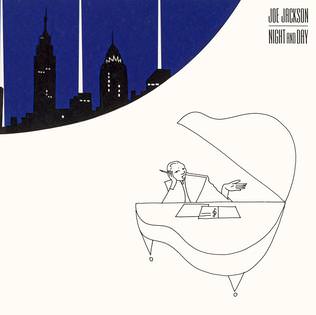 Joe Jackson – Night and Day (1982): Joe Jackson’s 5th album is I think still the most commercially successful of his career. The big hit from this album was Steppin’ Out, which I didn’t care for at the time, but over the years has really grown on me and I love the steady, simple rhythm track in the background and the piano hooks in the foreground. The song that I really fell in love with at that time was Breaking Us In Two, a poignant narrative of a relationship that isn’t working. I remember recording this song off the radio onto a cassette tape and listening to it regularly for many years until I couldn’t play the tape any more. It wasn’t until the internet came along that I was able to listen to it again! These two songs and Real Men were the three singles from the album; Real Men is a thought provoking commentary on gender stereotypes which seems more relevant today than ever before. Among the other songs in the album, I love the Latin jazz sound of Cancer with it’s tongue-in-cheek lyrics and the jazz-funk sound of Another World. 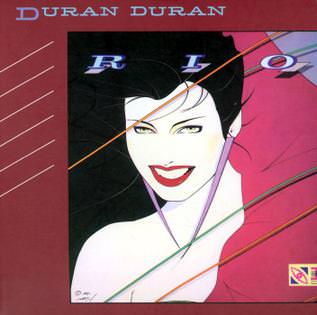 Duran Duran – Rio (1982): If you asked me which my #1 group was from the 80s, I would answer Duran Duran without hesitation. This was their breakout album and the title track can be considered their signature song. For some reason, I thought that this was the lead single from the album. In fact, the first song to be released from the album was My Own Way, which gets almost no airplay today (it has a catchy chorus, but otherwise is pretty repetitive). This was followed in quick succession by Hungry Like the Wolf (with the eminently hummable “do do do” and some strong guitar licks, which made the song sound much ‘harder’ compared to their previous synth-based singles) and Save a Prayer (love that synth riff it begins with) before Rio was released in August 1982. Although not released as a single, New Religion is a track I love, although I have to admit that I zone out during most of the song and it’s really the chorus that I wait for! The rest of the songs are pretty much filler material (although Lonely in Your Nightmare isn’t too bad and I really dig the bass line on Last Chance on the Stairway), but 5 great songs out of 9 is a fantastic strike rate. 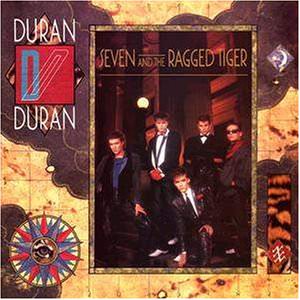 Duran Duran – Seven and the Ragged Tiger (1983): When I first heard the opening lines of New Moon on Monday, I thought I was listening to a new single from David Bowie’s Let’s Dance album which had been released earlier in the year; I was so fooled by Simon LeBon’s ‘deep voice’ (which then swung all the way to a falsetto just before the chorus). Compared to Rio, this album had a more grown up sound, more complex arrangements and of course very ambitious movie-type music videos. Every song sounded like it was the soundtrack to an adventure movie and what better way to showcase this than with the epic sound of the lead-off single Union of the Snake. All the big hits from the album, including The Reflex had very mysterious lyrics (and I spent many an hour pondering their meaning with my school mates). Among the ‘non-singles’, I love the super-catchy choruses of Cracks in the Pavement (“Something on my miiiiiind, breaking open doors I’ve sealed up before…”) and I Take the Dice. Crime and Passion experiments with an unconventional song structure (by Duran Duran standards, no catchy hooks) and manages to pull it off. And of course, who can forget the wonderful atmospheric sound in the instrumental Tiger Tiger and the ballad The Seventh Stranger (love the way the synth follows Le Bon’s voice at the end of the second line in the chorus).

And because of Spotify, all these albums are literally at my fingertips today!