Continuing to reminisce about my favourite pop albums of the 80s, here are the next three in chronological order:- 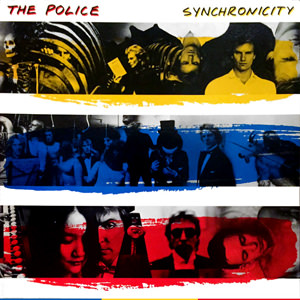 The Police – Synchronicity (1983): I discovered The Police just as they were breaking up. After four successful albums in as many years, Synchronicity was recorded in an atmosphere of interpersonal tension, which would eventually lead to the breakup of the band. But they sure went out on a high with their most commercially and critically successful album. I can’t remember why, but I really disliked the lead single Every Breath You Take when it first came out and not having heard any of their earlier work, I didn’t understand why the radio DJs were so excited about this band. A couple of months later, when Wrapped Around Your Finger was released, I fell in love with the song and realized there was something special about this band (and of course, Sting’s voice); I loved the mystical lyrics (“You consider me the young apprentice, Caught between the Scylla and Charibdes”). And some months later, when Synchronicity II was released and I listened to the brooding and disturbing lyrics (“Many miles away there’s a shadow on the door, Of a cottage on the shore, Of a dark Scottish lake”) and saw the dystopian music video, I was hooked! My favourite song from the album is the final single, King of Pain; the lyrics spoke to me (“There’s a fossil that’s trapped in a high cliff wall, that’s my soul up there”), as I’m sure it did to many an angsty adolescent, each of whom thought it was his destiny to be the King of Pain! I also really liked Miss Gradenko, both for its humorous take on Cold War paranoia and for the groovy mix of piano and drums. The meditative Tea in the Sahara was a welcome change of pace (indicative of what was to come in Sting’s solo career, I think). 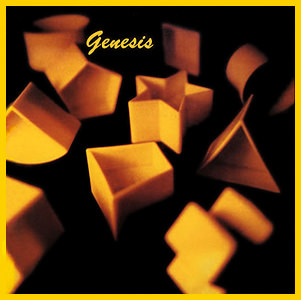 Genesis – Genesis (1983): The self-titled 12th album from the group kicked off a new phase in the evolution of their music; for most of the 70s, Genesis were known as an avant garde prog rock band and now they were moving to a very commercial pop-rock sound. In what now appears to be a trend, I didn’t really like the lead single Mama – it was too experimental and harsh for me, but subsequently once I developed a taste for hard rock (the song has been covered by Brazilian metal band Angra), this song grew on me and I love listening to it now. My other top songs from the album are 3rd, 4th and 5th singles – Home by the Sea (which has a largely instrumental companion piece called Second Home by the Sea), the controversial Illegal Alien (“But I’ve got a sister who’d be willing to oblige, She will do anything now to help me get to the outside”) and Taking it All Too Hard. I love the simple, catchy pop hooks and Phil Collins’ everyman voice. While the easy-going That’s All is one of the popular songs from this album, it’s not one that I really enjoy listening to (too “happy” to be part of this album, I think). I do like the slow, groovy vibe of the last song in the album, It’s Gonna Get Better. The two ‘filler’ songs I don’t much care for are Just a Job to Do and the repetitive Silver Rainbow. 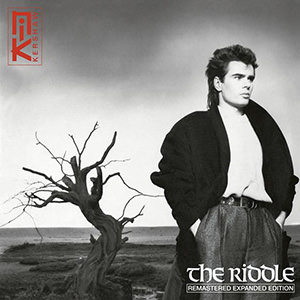 Nik Kershaw – The Riddle (1984): The album is best known for the title track and lead single (and good luck trying to figure out what the lyrics mean). I picked up the album because I loved this song and also because I loved Wouldn’t It be Good from his debut album Human Racing. I was obviously looking for songs with a similar sound and was initially disappointed. But after listening to it a few times the songs grew on me and eventually became one of my favourite discs that I can listen to and sing along with any time. Many of the songs have a strong guitar driven sound that combines well with the synthesizer. The wistful lyrics and vocal delivery of Don Quixote (the third and final single from the album) contrast with the driven and propulsive nature of the music. The philosophical and deep lyrics of Wild Horses, refer to a man caught in the corporate rat race – “He got indecision and indigestion, and he wonders where the last ten million went”. Easy has a funky sound underlined by a wonderful synthesizer line that makes it as easy to listen to as the song title implies! Other fun songs are the foot-tapping Wide Boy and the fast-paced You Might, with intriguing lyrics (You might be an oil tycoon, You might be a Cobb cartoon..You might be but you’re not!”). And finally, a real change of pace, but a suitable end to the album is the plaintive and sombre Save the Whale is as relevant today as it was 34 years ago!

One thought on “Guilty pleasures – favourite pop albums of the 80s: Part 2”