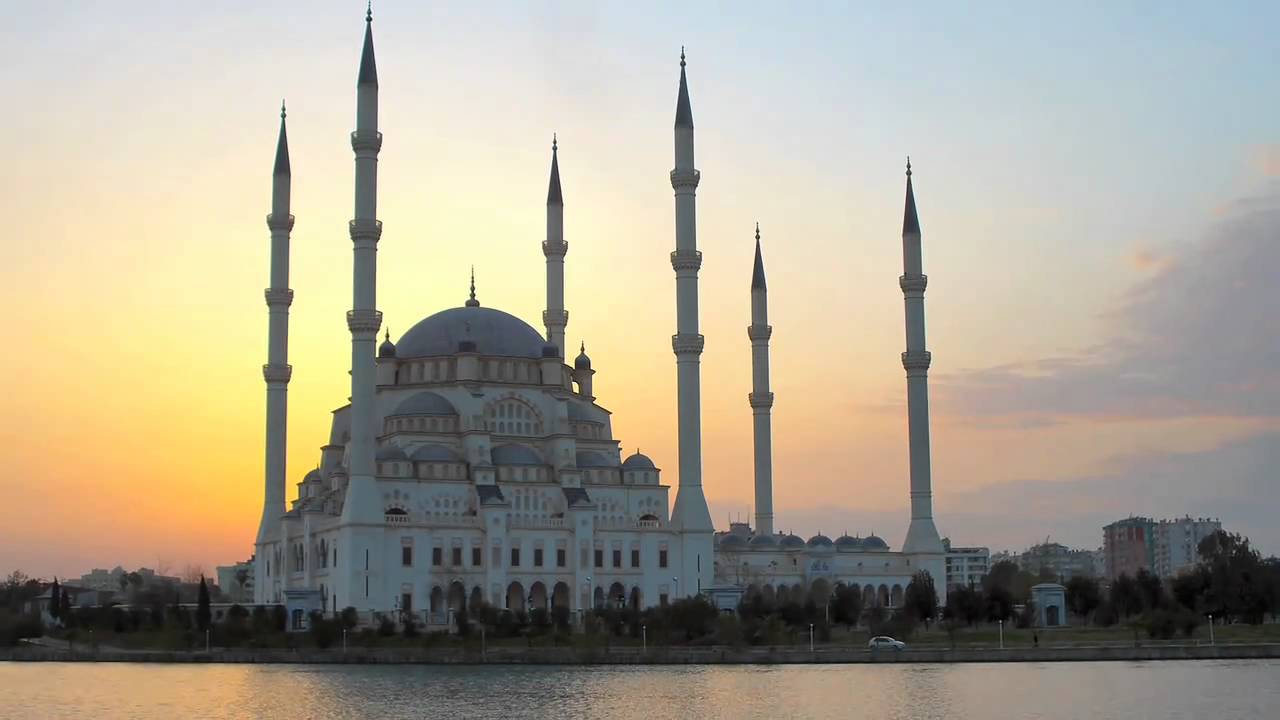 How do you compress the 2700-year history of a city (and empire) into 450 pages without losing any of the drama or human stories nor reducing it into a dry listing of events and dates? Thomas F. Madden, the 56-year-old American historian shows you how with his extraordinary 2016 publication, Istanbul: City of Majesty at the Crossroads of the World. Mr. Madden is the Professor of History and Director of the Center for Medieval and Renaissance Studies at Saint Louis University and has been known for years as a specialist on the Crusades, so it seems only fitting that he write this history of the city that was the focal point of the war between Christian and Muslim armies for centuries.

I have always been fascinated by Istanbul/ Constantinople – its breath-taking architecture, its unique geographic position between Asia & Europe, the fiction it has inspired such as Agatha Christie’s Murder on the Orient Express and even its cuisine including the Baklava and Turkish delight. I’ve not yet had a chance to visit this iconic city, so to prepare myself for a future journey (and perhaps to compensate for not having visited it before it became like any other modern world city), I searched for a comprehensive yet compact history of Constantinople which brought me to Mr. Madden’s recent publication.

By the time I finished the book, I was convinced that much of George R.R. Martin’s Game of Thrones must have been inspired by people, events and settings from this city’s history! Even the Unsullied, the slave-soldiers of Astapor sound a lot like the elite Janissaries of the Ottoman ruler.

The book starts off with the founding of the city in 667 BC as Byzantion, a north-eastern trading outpost of the Greek city-state of Megara (now a small town about 40 km west of Athens). The outpost was about 600 km from Megara as the crow flies and the voyage by ship would have taken the Megarans across the Aegean Sea, through the narrow Dardanelles strait, past Gallipoli peninsula into the Sea of Marmara before arriving at the Bosporus straits. The Bosporus linked through to the Black Sea and was the key source for goods and grain from Central Asia. The control of this key trade route eventually made Byzantion the most powerful city in the world for close to two millennia.

It’s easy to think of this sea route as a straightforward journey when viewed on Google maps today, but I was amazed at how these ancient seafarers could have discovered this particular route from among all the hundreds of other possible combinations they could have taken on the open seas! 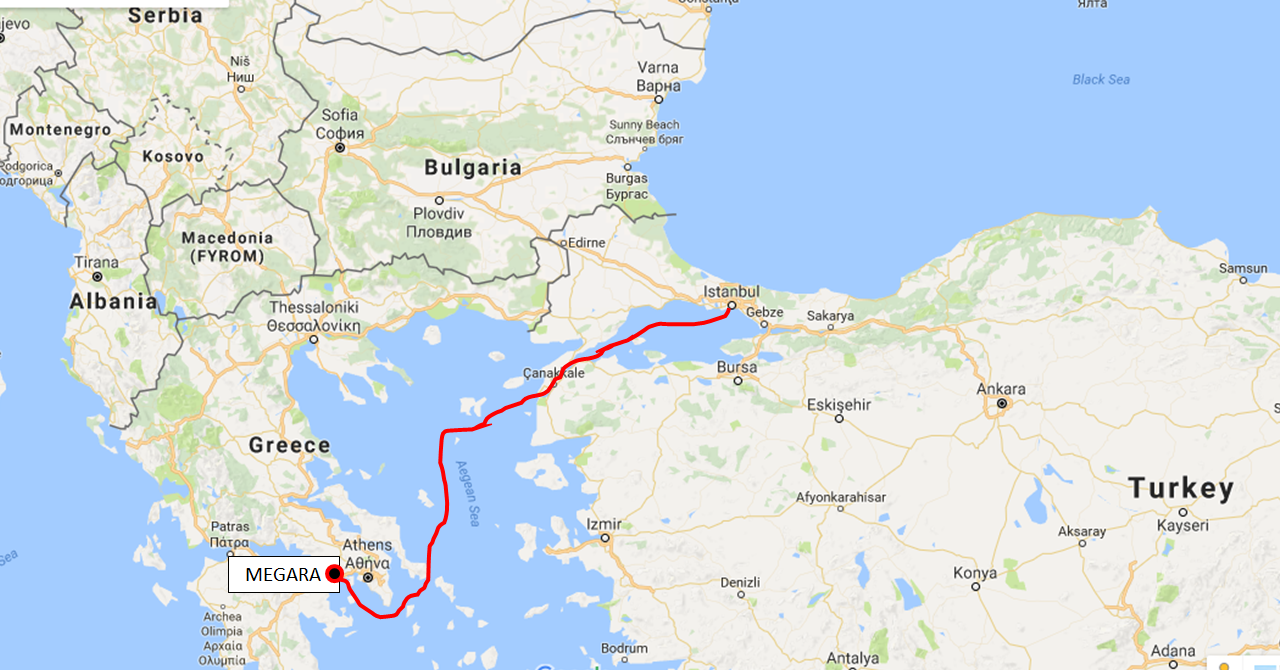 From this point, the book takes us through the many rulers and dynasties which shaped the destiny of this city which became the seat of the Greek (Byzantion), Roman (Constantinople) and Ottoman (Istanbul) empires before emerging as the modern, secular city it is today.

There are many fascinating characters who have played a role in the city’s history. As in Game of Thrones, one realizes how the ambition, courage or foolhardiness of a single individual can influence the fate of empires and millions of subjects. This is a story of intrigue, betrayal, blindings (a common way of dealing with a rival to the throne was to gouge his eyes out), beheadings, massacres, pillage and destruction. But also a story of the creation of incredible artefacts and architecture, much of which have been destroyed over time and many of which have survived till today.

In particular, the individuals whose stories have stayed in my memory are:

Constantine I “the Great”: By AD 285, the Roman empire had grown so vast that it was divided into two halves, with the Western empire governed from Rome and the Eastern empire based in Byzantion, which had been “liberated” from Greek rule in 196 BC. This was the time when a new religion called Christianity had taken hold among the poor and downtrodden. After an initial period of peaceful co-existence, Christianity came under fire and was outlawed in AD 302 leading to large scale persecution of Christians. But then a new Western emperor came to power in AD 312 called Constantine. During an earlier military campaign, he had a vision that his victory would be assured by Jesus Christ and after coming to power he formally converted to Christianity. This led to the stoppage of the persecution and the elevation of Christianity as a religion of the emperor. In AD 324, Constantine defeated the Eastern emperor, unified the Roman empire and chose to live on in the East rather than return to Rome. He rebuilt and expanded Byzantion, renaming it as Constantinople. It became – along with Rome – the heart of the Christian world for the next thousand years.

Justinian and Theodora: In AD 532, Emperor Justinian was on the verge of being overthrown by a rival faction in what is now referred to as the Nika revolt. There were violent riots between the two factions for nearly a week with nearly half the city being burned or destroyed and tens of thousands of people killed. Justinian and his advisors were on the verge of fleeing the city when his wife Theodora made an impassioned plea to stay and fight. Theodora came from humble beginnings; her father was a bear trainer at the famous Hippodrome which held chariot races of the sort shown in Ben-Hur. She then worked as an actress and a prostitute (the two professions were interchangeable in those days) before coming to the attention of Justinian while he was heir to the throne. It was this former prostitute turned empress who prevailed on the ruling elite to resist the rebellion. Inspired by her words and spirit, Justinian did so and went on to rule Constantinople with Theodora for several more years, building aqueducts, bridges and churches including the famous Hagia Sophia. 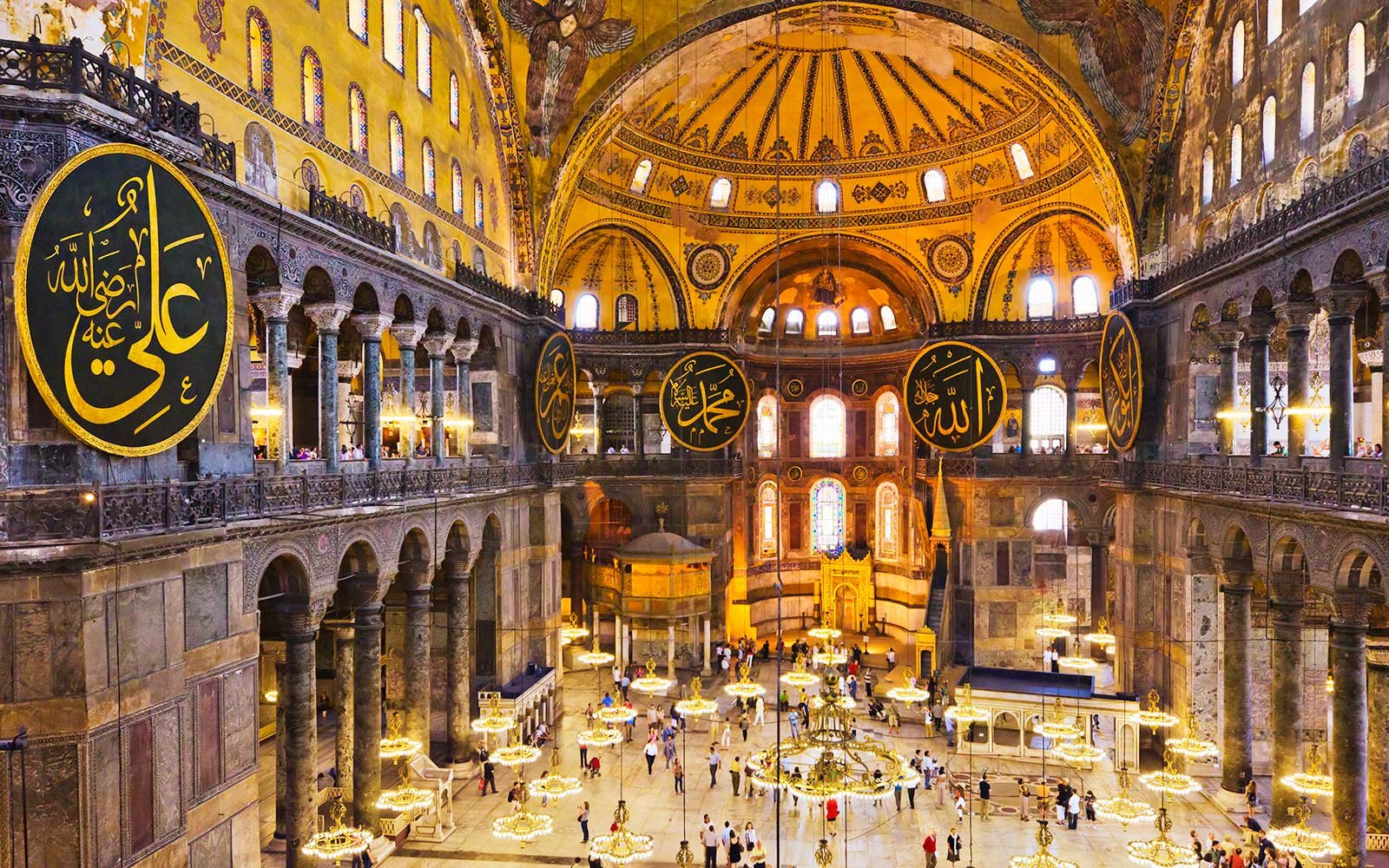 Andronikos Komnenos: Perhaps one of the most colourful of the Byzantine rulers, Andronikos was supposedly a handsome and striking personality, a general and statesman who lived a charmed life of debauchery, seduction and intrigue. He rose to the Byzantine throne in 1183 at the advanced age of 65. His rule was marked by murders, massacres and terror. He was eventually overthrown and handed over to furious mobs who tortured him publicly for several days; his right hand was cut off, his teeth and hair pulled out, one of his eyes gouged out, animal dung and boiling water thrown on his face. Finally, he was hung by his feet between two pillars and two soldiers competed to see whose sword would penetrate his body most deeply!

Alexsios IV Angelos: The machinations of Alexios IV to reclaim the Byzantine throne on behalf of his deposed and blinded father Isaac II resulted in four different emperors on the throne from July 1203 to April 1204. In a ridiculous turn of events, the Fourth Crusade which was organized to reconquer Jerusalem from the Muslims ended up sacking, looting and destroying Constantinople, the capital of the 2nd largest Christian empire! These events would lead to the eventual weakening of the Byzantine empire and 250 years later it would fall to the armies of 21-year-old Ottoman Sultan Mehmed the Conqueror in May 1453.

Suleiman the Magnificent and Hurrem Sultan: In the 1530s, Sultan Suleiman (the great-grandson of Mehmed) sent shockwaves through the empire by marrying his Ukranian concubine Roxelana (later named Hurrem, “the cheerful one”). Previous Sultans never married, but fathered children from the many women in their harem, rarely sleeping with the same woman twice (there was a strong preference for virgins). However Suleiman became captivated by Hurrem and the two became true soulmates, effectively ruling the empire together for two decades. This was the Golden Age of the Ottoman empire, which saw the reform of education, taxation and criminal law. Suleiman’s brilliant architect Mimar Sinan supervised the construction of nearly 500 buildings, including the famous Blue Mosque and the even more impressive Selimiye Mosque in Edirne, one of the greatest achievements of Islamic architecture. Hurram’s partnership with Suleiman led to the 130-year period known as the Sultanate of Women, during which the wives and mothers of sultans exerted considerable political influence in the running of the empire. 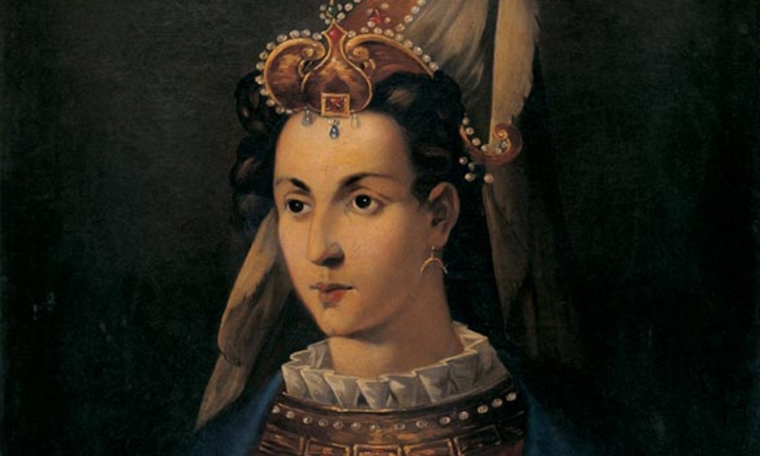 Incidentally, it was a failed invasion of Vienna by Suleiman during 1529-32 that convinced Emperor Charles V of the Holy Roman Empire not to burn Martin Luther at the stake as he needed the help of the Protestant leaders against the Ottoman threat. Thus the Protestant Reformation thrived and was saved from being snuffed out.

Mustafa Kemal ‘Ataturk’: The father of modern day Turkey, Ataturk was an Army commander who went on to become the 1st President of Turkey, abolishing the caliphate in 1924 and bringing to an end 2500 years of empire in Byzantion/ Constantinople/ Istanbul. Mustafa Kemal was responsible for establishing Turkey as a modern secular nation, adopting the Western calendar and the Roman script to re-integrate the nation into the global economy after decades of decline, recognizing and celebrating the pre-Islamic history of the city including conversion of the Hagia Sophia into a museum.

And so, I came to the end of this fascinating book which has got me even more excited about visiting this city one day soon. The complexity of Istanbul is perhaps best represented through this 16th century illustration of the city by Danish renaissance painter Melchior Lorck. 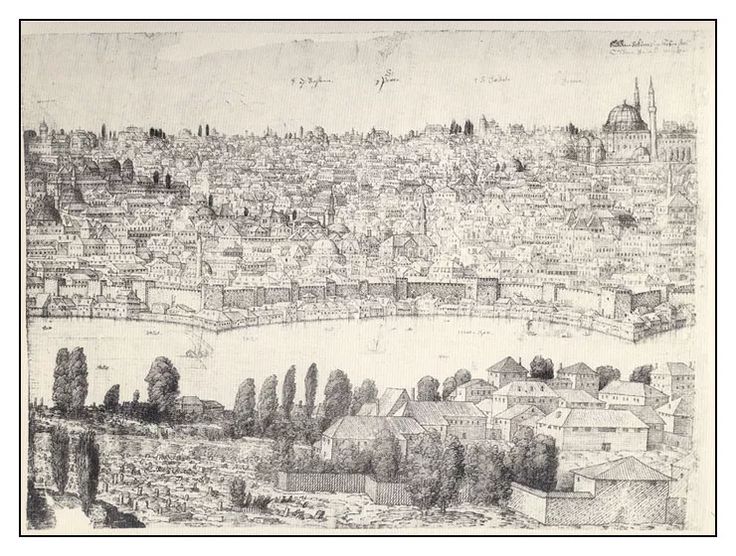 I love watching movies (all sorts), listening to music (80s Britpop, Heavy Metal, 60s classic rock, contemporary Indie Rock) and reading books. I've been working in the advertising industry for several years. The website name "chronophlogiston" is borrowed from the term "katachronophlogiston", which appears in China Mieville's novel Kraken. In the novel, it's a fire that can destroy a person/object and remove all trace of it's existence back through time; not dissimilar to balefire from Robert Jordan's Wheel of Time novels. View all posts by chronophlogiston

The Case for Global Film

Films from everywhere and every era